In the woodlands you find a wide range of trout fishing locations, from small creeks, to wild rivers and small dark lakes to great clearwater lakes. Our natural species for the trout fisherman is brown trout, grayling and arctic char, but we also have lake trout that have established strong populations from the original stocks that were introduced during the 1960’s.

Grayling is found in almost all kind of running waters in the area near the lodge. However, to reach the real trophy waters for grayling in streams we normally must go a little bit further. Nevertheless, we do have big graylings nearby, they are found in shallow lakes with astonishing populations, where fish up to 60 cm and 2 kg is caught every year.

We have lakes that offer a spectacular, but difficult, fishing for brown trout growing even faster than the sea-ran trout. These ones are normally fished by trolling, spin-fishing or sight-fishing with fly when chasing small fish in the surface during bright summer nights.

The arctic char and the lake trout are normally found close to the Scandinavian range a couple of hours drive from the lodge. This makes it suitable for a two- and three-day excursions. However, just by the lodge we have a spring-fed lake with crystal clear water that holds both stocked and natural arctic char. The fish where introduced here in the beginning of the 1980’s. High season is early summer and late fall with fly, trolling and spin. Ice fishing is good from Christmas through out the ice season in beginning of May.

Our salmon is early running and hits the river mouth in May. They reach the actual fishing stretches in late May, or beginning of June. First the alfa fish is coming; often passing 20lbs is size.

I want to know more about salmon fishing 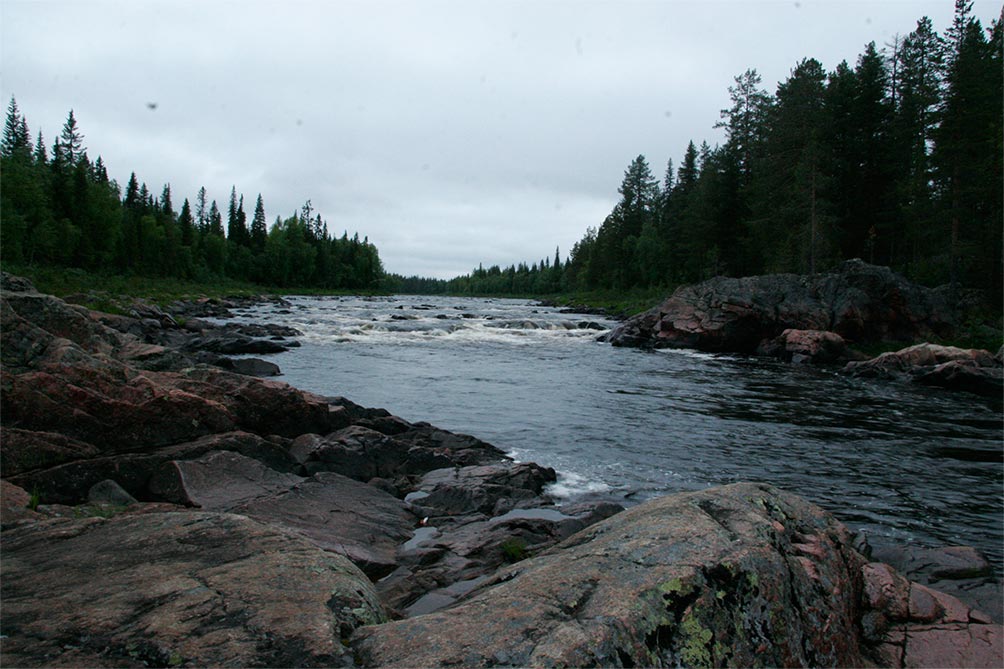 MONSTER PIKES IN THE ARCTIC

Come and fish the untouched waters of Swedish Lapland, with its wide variety of waters in astonishing environments. We have big lakes and the wild Råne river that holds a good population of big pike.

I want to fish pikes in the arctic 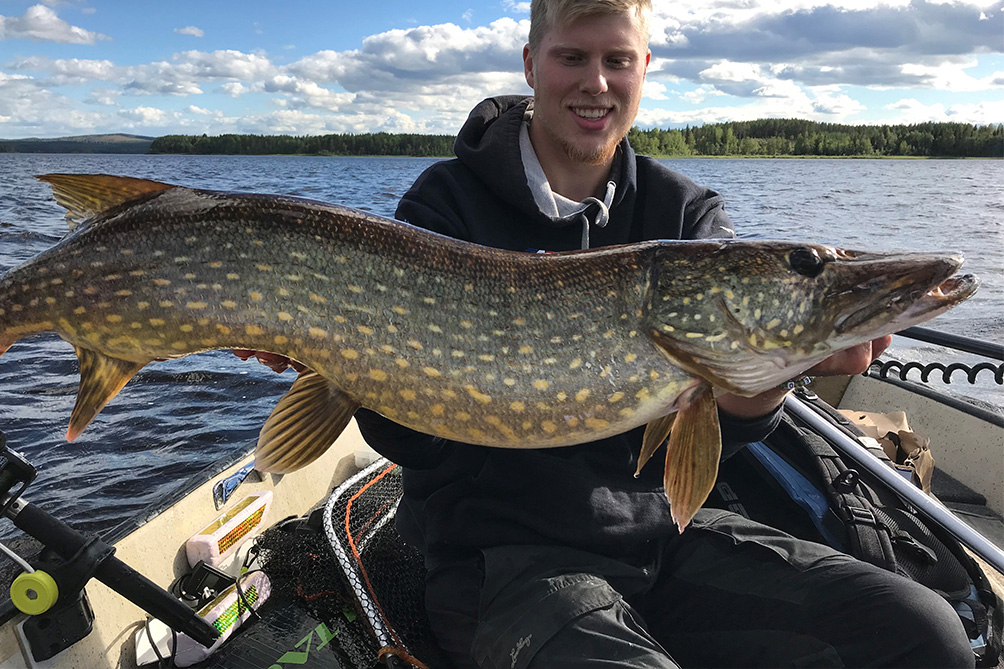 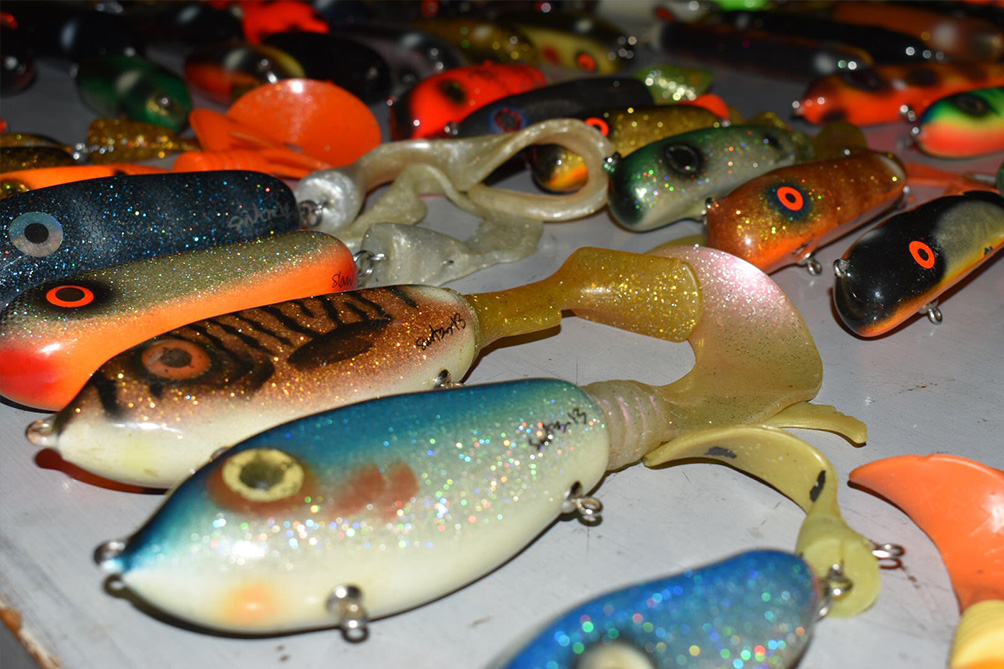 Emanuel Swärd and Palle Andersson are the head guides at Sörbyn Lodge. Their experiences include together 50 years of fly fishing, local knowledge, love for predator fishing and the current world record holder of perch.

I want to read more 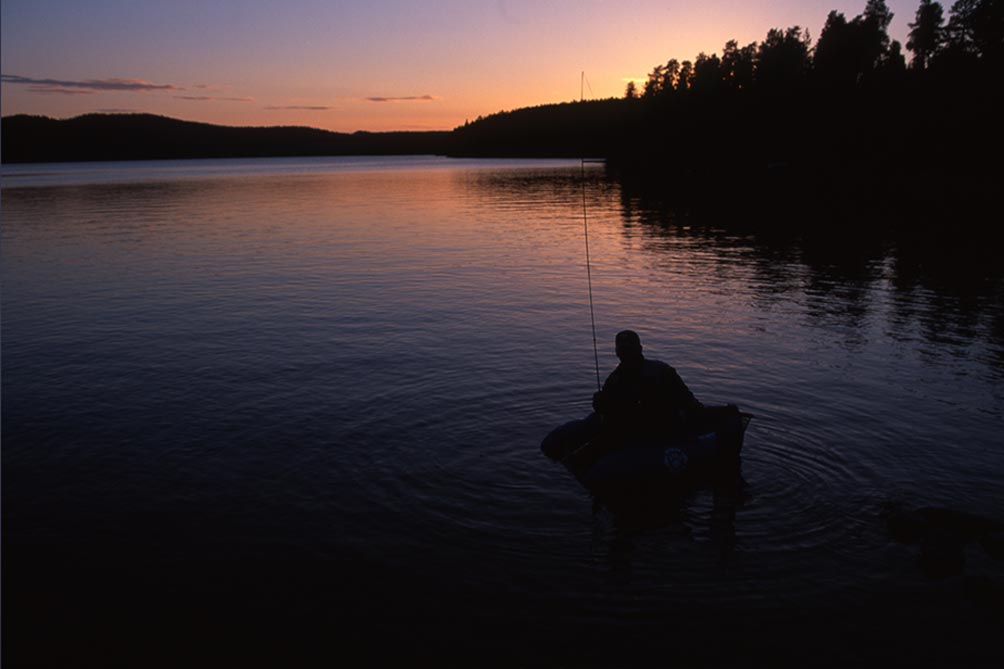